It may be dismissed by some as an imported, commercialized tradition, but many people in Germany greet Halloween as eagerly as Americans! Find out what you need to know about the history of this autumn break and how it is celebrated in Germany.

A brief history of Halloween in Germany

Halloween is a tradition that dates back to the Celtic pagan festival of Samhain, which took place at the beginning of winter. On the night of October 31st to November 1st, the veil between the land of the living and the dead is said to have been thinnest, so that supernatural beings and the souls of the dead can enter our world.

But the real story of the vacation in Germany begins in 1991, when the carnival season was canceled in response to the outbreak of the Gulf War – at least one believes the words of a man named Dieter Tschorn, a former PR consultant for the German toy industry, who claims that â€œFather of German Halloween â€.

According to Tschorn’s story, many toy and costume dealers in Germany had a massive hole in their finances after the carnival was canceled and were looking for a way to recoup some of their lost income. Their solution was to bring Halloween to Germany.

At the time, the holiday was a largely alien tradition in West Germany and brought almost no value to the economy, although it was very popular in the United States. On September 4, 1994, Tschorn sent his first press release to the German media announcing the start of Halloween in Germany, and by the end of the 1990s the holiday was already in full swing. Today it generates sales of around 320 million euros per year.

These commercial roots mean that Halloween – like Valentine’s Day – is dismissed by some in Germany as a mere consumption exercise. This bone of contention is made even rougher by the fact that it is on the skirts of several other holidays in Germany.

For a start, October 31st is already a holiday with completely different roots in parts of Germany: Reformation Day. On this day in 1517, Martin Luther is said to have nailed his 95 theses to the church door in Wittenberg and thus triggered the Protestant Reformation. The holiday is marked in Protestant regions of Germany, including Brandenburg, Bremen, Hamburg, Lower Saxony, Mecklenburg-Western Pomerania, Saxony, Saxony-Anhalt, Schleswig-Holstein and Thuringia.

The day after Halloween, November 1st, is also a public holiday. All Saints’ Day is celebrated in Baden-WÃ¼rttemberg, Bavaria, North Rhine-Westphalia, Rhineland-Palatinate and Saarland.

Others argue that Halloween gets lost on the lawn of Martinstag, a traditional German holiday that follows just under two weeks after Halloween on November 11th. On this day, children walk the streets with homemade paper lanterns and sometimes even call people’s houses to sing songs in exchange for sweets.

So – as you can probably imagine – some people don’t see a need to go on vacation again during this time.

This is how you celebrate Halloween in Germany

But despite Germany’s rather ambivalent attitude towards Halloween, the growing number of themed events and parties that take place across the country every year suggests that this commercial holiday has become indispensable. In fact, Germany has even developed its own customs and traditions for celebrating Halloween. This is how you celebrate it the German way.

Like many other countries in the world, Germany has dedicated itself to the pumpkin (pumpkin) Halloween tradition and in some neighborhoods you can see a variety of carved pumpkin decorations (Jack-O’-Lantern) decorating the sidewalks on October 31st.

Pumpkins and other gourds are sure to show up in German supermarkets from the beginning of autumn, but most of them are meant to be eaten and probably too small to carve!

Anyone who has ever been to Carnival in Germany knows that Germans are not averse to dressing up. However, the Halloween look in Germany can differ slightly from what you are used to at home.

In the US, for example, there are virtually no limits to what can be called a Halloween costume – princesses, dragons, clowns, cowboys – whatever. In Germany, however, such cute costumes are best left for the “Silly Season” of Carnival. Instead, people’s Halloween outfits and makeup tend to be on the creepier side of things.

And unlike in the US, it is not very common for Germans to wear costumes on Halloween to work. Elementary and secondary schools can host events for the kids to dress up, play games, and eat snacks, but most businesses are unlikely to honor the holidays. So if you want to dress up, then you should probably save your costume for an evening event!

Trick or Treat (or out on the town – walking around the houses) is not as common in Germany as it is in the US, but you will find some kids in your neighborhood wandering from house to house begging for candy or playing pranks.

When houses are covered in Halloween decorations or there is a pumpkin on display outside, it is usually a good sign that candy is being handed out. If you don’t want to be bothered by people ringing your doorbell, turning off the lights is a good idea. 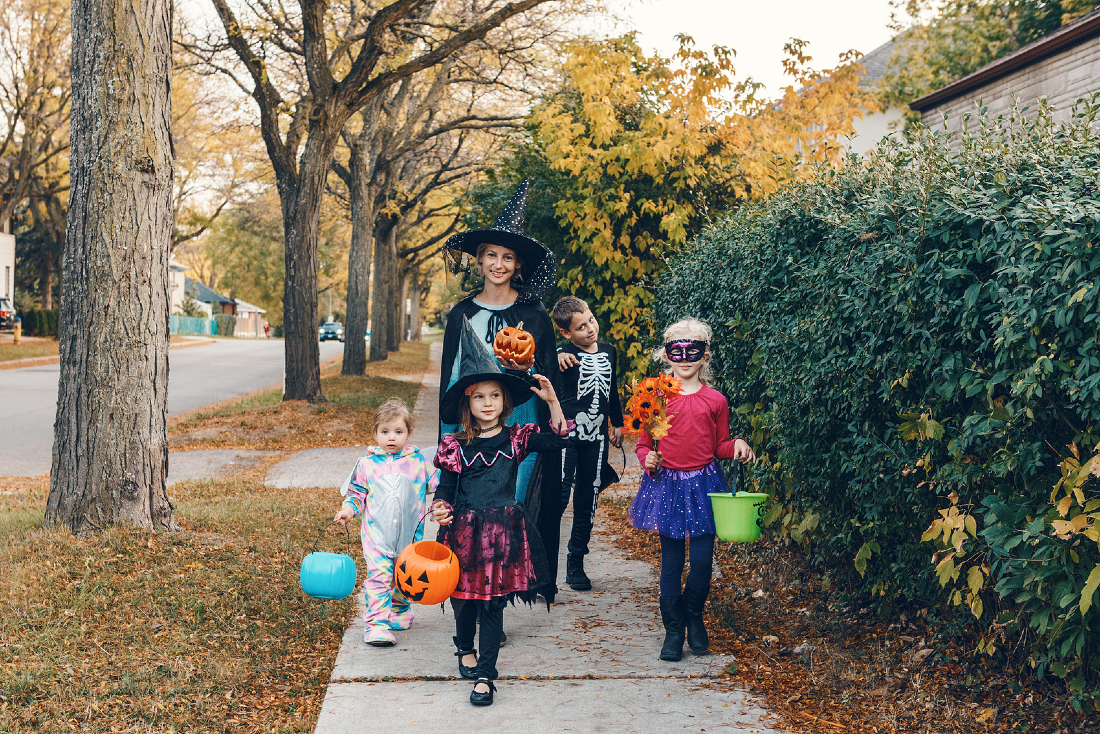 While trick or treating isn’t very common in Germany, Halloween parties are. Grab a popular German family magazine ahead of the holidays and you’re bound to find ideas on how to throw a great party for the kids, complete with a spooky Halloween buffet of themed snacks, cupcakes, and even pizza!

Drinks often served on Halloween include hot apple punch (or mulled wine for the grown-ups) and cold â€œblood bouquetâ€ made from grape juice, currant juice and blood oranges. Germany also has its own popular Halloween snacks and dishes, including spicy devil’s eggs and, of course, pumpkin soup.

If a party at home is not quite enough for you, there will also be many events across Germany in the run-up to the horror season. Here are some of the most popular:

Granted, this festival isn’t directly related to Halloween – it’s more about celebrating autumn – but if you’re looking for giant winter pumpkins and all sorts of pumpkin-related activities, then the Ludwigsburg Pumpkin Festival is the place for you. Located near Stuttgart, this is the world’s largest pumpkin exhibition with magical productions, pumpkin carvings and seasonal dishes from late August to early December. 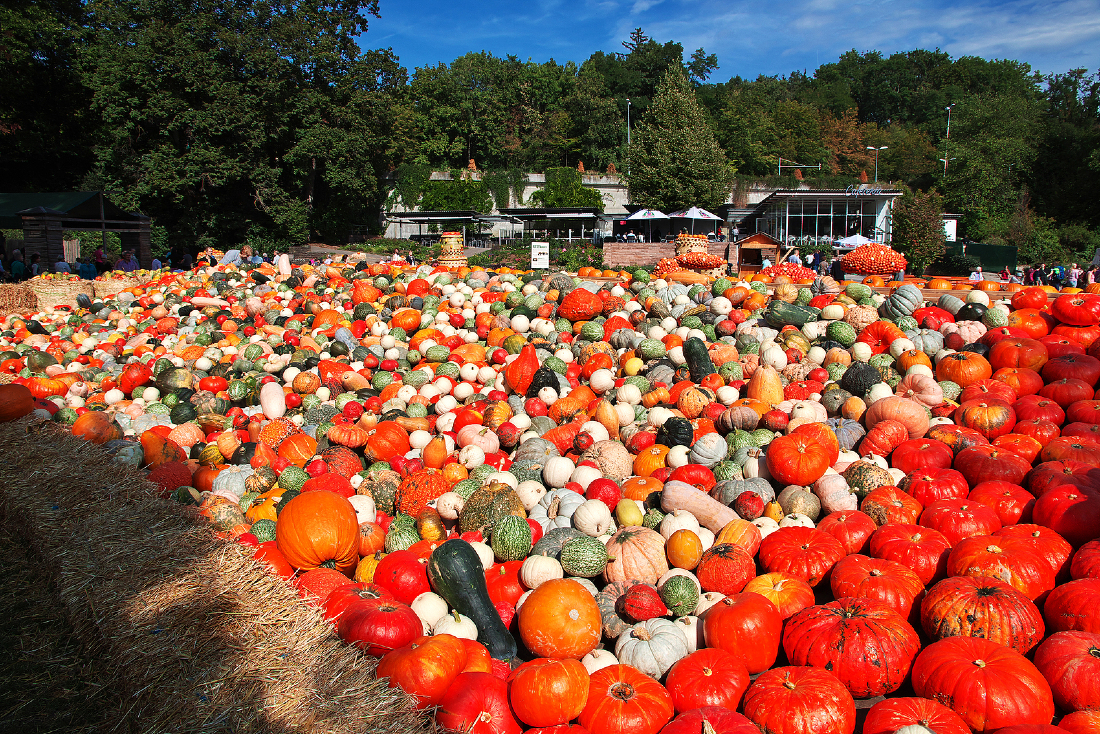 There is also no shortage of creepy experiences and costume parties in Germany’s capital in the run-up to October 31. If you want to celebrate Halloween in Berlin, you should stop by the horror event in the Berlin Dungeon. Numerous locations such as the Kulturbrauerei, the Ava Club, the Bebo Bar, the House of Hungary and the Club Ost also regularly organize Halloween parties.

If you are not in the capital this Halloween you will not miss it! Europapark, Germany’s largest amusement park, also hosts special Halloween events from October to November, adorns the park with eerie backdrops and lets vampires and goblins go!

If you are looking for a bigger horror factor, you can visit one of the oldest and most famous Halloween events in Germany – the House of Terror at Frankenstein Castle near Darmstadt. Wander the ruins as actors disguised as ghouls, zombies, monsters, and other creepy creatures try to drive you crazy!

Movie Park Germany also hosts its own devilishly scary Halloween Horror Festival. On special evenings in October and November, the park turns into a terrifying backdrop, populated by 250 zombies, ghouls and beasts. You can try to overtake these nightmarish characters in the special horror mazes or try out the specially decorated rides.

If you have the little ones in tow, you will find creepy thrills for the whole family at Legoland on Halloween. The park adds an exciting twist to its attractions with thousands of pumpkin decorations and spooky activities and treasure hunts.

The scariest holiday of the year

Whether you’re staying at home with a scary movie, indulging in a trick or treating, dancing in a club or throwing your own Halloween party, we hope you find a way to enjoy the scary season in Germany. Happy Halloween!

Chancellor Olaf Scholz speaks at the annual conference of the Federation of German Industries (BDI) on June 21, 2022 in Berlin. REUTERS/Michele Tantussi Sign up now for FREE unlimited access to Reuters.com to register BERLIN, June 21 (Reuters) – German Chancellor Olaf Scholz said he was confident that liquefied natural gas (LNG) could flow into […]

‘What now?’ German village looks to a future without Nord Stream 2

A decade-long effort worth $11 billion to ship gas 1,200 km from Russia to Europe comes to an abrupt end in the German coastal village of Lubmin of 2,041 people. The Kremlin-backed Nord Stream 2 pipeline was suspended last month as part of international sanctions against Russia, before gas even started flowing. Now the huge […]