A recently signed cooperation agreement between the Ministries of Transport and Tourism, the Central Association of Greek Municipalities (KEDE) and the NGO “Cities for Cycling” provides that the center will be responsible for the Expansion of the EuroVelo cycle routes in Greece and the Promotion of cycling as a tourist activity. 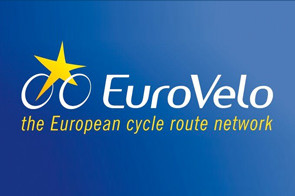 The proposal for Greece, one National EuroVelo Coordination Center was presented to the European Cyclists Association in June by the Greek Ministry of Transport. The association that manages the EuroVelo network recently gave its approval.

EuroVelo is a bicycle network that connects European countries. It contains 17 certified cycle routes this cover 51,000km above 42 countries. When completed, the network will exceed 70,000 km.

According to a communication from the Ministry of Transport, the network is used by around 5.3 million cyclists each year who combine their trip to Europe with other modes of transport.

“We have taken the first step towards the coordinated promotion of Cycle tourism in Greece. The expansion of the international EuroVelo cycle path network in our country will contribute to our efforts to develop our tourism product based on the principles of. to enrich and redefine sustainability“, Deputy Minister of Tourism Sofia Zacharaki called.

“EuroVelo will support cycle tourism, a dynamic sector that combines alternative modes of transport with the beauty of the Greek countryside. The next step is to extend these routes to other regions such as Western Macedonia, an area that is considered ideal for cycling, ”said the Deputy Minister of Transport Michalis Papadopoulos called.

The Greek section comprises a small part of the Iron Curtain Trail – the former “surveillance area” along the Bulgarian-Greek border.

EuroVelo 13 arrives in Greece near the Roupel Fortress and crosses the village Petrota, follows the Evros river and reaches Turkey after the city Kastanies.

follow GTP headlines in Google News to keep up to date with the latest information on tourism and travel in Greece.

the enemy within – EURACTIV.com